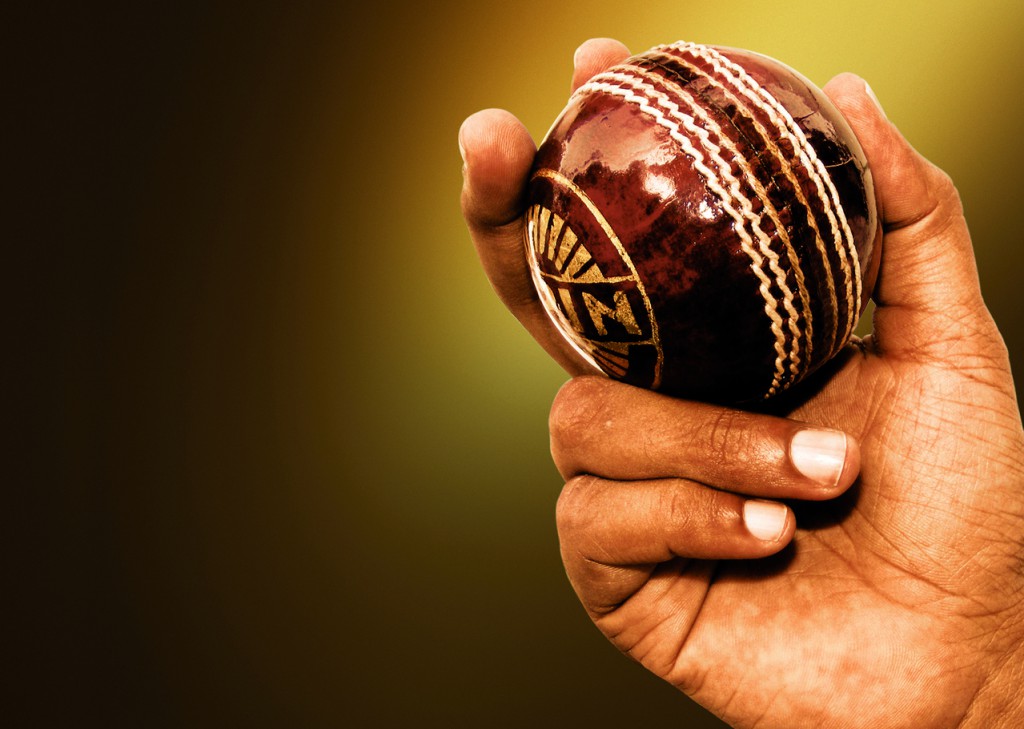 Something strange and inexplicable is happening within Bedouins Cricket Club. All of a sudden after a few seasons of ham-fistedness of the first degree, the team has started to hold catches. After the six catches in the last game, another six were clung onto (and in some fashion) in this win over Kinlet.

The Bedouins welcomed Kinlet to an overcast but warm Enville, hoping to have some revenge for the stuffing they received earlier in the season at Kinlet’s ground. Both sides fielded ten players. George was still injured but Hill A came through his late fitness test, deciding that he would be able to hold a full pint of beer without hurting his bruised finger.

For once the skipper won the toss and decided to put Kinlet in to bat. Bywater and Pearson opened the bowling and both bowled so well, and kept the Kinlet batsmen pinned down that they both bowled their eight overs straight out. Pearson’s figures of 0 for 31 from 8 overs don’t really tell the story. The occasional wayward ball was punished by Kinlet, but there weren’t many and his line and length was mostly perfect. Bywater’s 0 for 13 from 8 overs was supreme and the pair kept Kinlet down to 46 from their first 16 overs.

The change saw Johnston’s mate Indy (who came with Des to help us out) come on to replace Bywater. We know him as Indy, that’s not his real name but apparently that is too hard to pronounce, so we shall call him Indy, and a jolly nice chap he was. He too kept up the pressure and his opening spell of four overs went for just eight runs.

Johnston replaced Pearson with his heady mix of flight and guile and will consider himself unlucky not to have picked up a wicket. Webster and Crook both retired on 50 for Kinlet and Engleheart dug in for a hard fought 23 but once these top three batsmen had departed Kinlet wickets started to tumble. The bowling was shared around; the skipper taking over from Johnston and unusually not giving too many runs away. His 3 for 22 from 6 overs included two caught and bowled, one a nonchalant one-handed (left-handed) catch. A sharp stumping from Hill J. accounted for the third wicket.

The other end saw Hancock turn his arm over for three overs. He would be the first to admit he got carted a bit but it was great to see the team still encouraging him and that’s where the team spirit has started to shine through again. And as someone who has only taken the game up seriously this season, at least he had the balls to give it a go. Hill A. also gave it a go. As someone who also doesn’t usually bowl his 1 for 21 from 3 overs was a result and we had the joy of, bowled Hill, caught Hill as Hill jnr took another catch behind the stumps.

Indy came back for a couple more overs showing good pace and claiming a deserved wicket to finish with 1 for 14 from 6 overs. Goodman took a wicket with his first ball and went on to mop up with 3 for 18 from his 3 overs. There was another catch from the skipper in there, who has decided the easiest way to catch a ball is just with the left-hand. At least he’s found something else to do with his left hand now. Hill J. took another catch behind to cap off a good performance.

A great showing from the Bedouins in the field, keeping Kinlet down to 191 from their 40 overs. The effort was faultless, especially Johnston who threw himself to the floor on numerous occasions. He, Hancock and Pearson saw a lot of the ball and made a formidable barrier but everybody did their bit.

After a glorious break between innings of tea and cake laid on the the Bedouettes, the Bedouins set about chasing their target of 192 and they made a remarkable start. Branch and Hill A. looked totally in control with Branch particularly milking the leg side but Hill A. also ran the field ragged. Both retired at the 50 mark and in fact the Bedouins didn’t lose their first wicket until they were on 142; Goodman making 27 before being given out lbw.

Hill jnr got in and then went for the big shot and was bowled for 4. Johnston fell lbw for 4 and Indy was caught on 5, so this mini collapse looked a little worrying for a while but all that changed with the introduction of Bywater. He hit the ball harder than anything the skipper can remember seeing in his long Bedouins career and some of his off drives were pure class. He was joined by Hancock and it was great to see him hit the winning runs by launching the ball to the deep extra cover boundary for four. A great way to win the game not just for Hancock personally (who definitely enjoyed it) but for all involved. Bywater finished 32 not out and Hancock 5 not out.

After being thrashed at Kinlet by 71 runs and not performing well it was good to see the Bedouins make a fist of it and enjoy it so much in the process. A bit of the old Bedouins spirit was back and long may it continue.

The day was rounded off by another superb buffet and many thanks to the Bedouettes for that. What a cracking day. 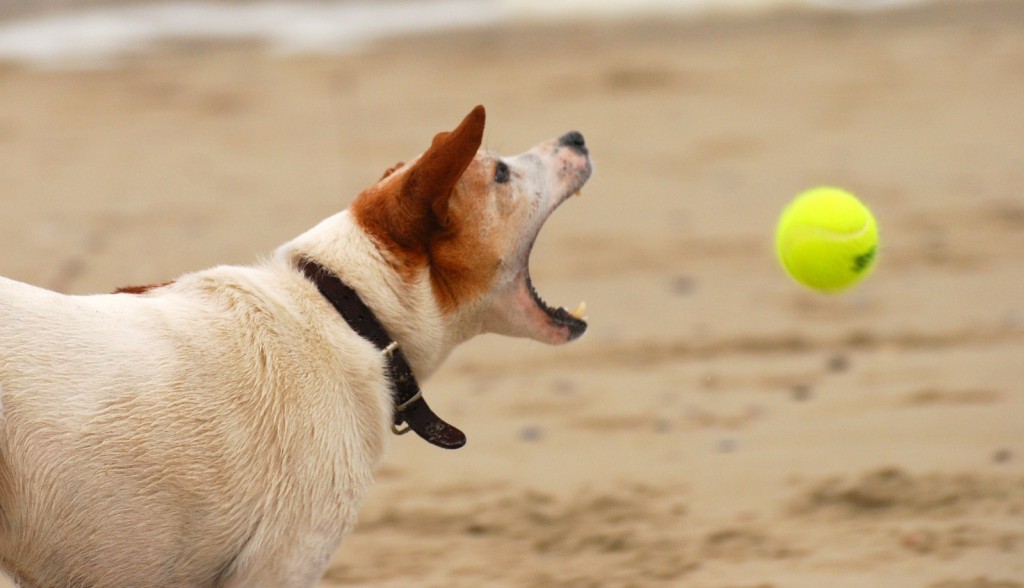 Never before has the saying “catches win matches” been more accurate. Bedouins held an impressive 6 catches to skittle out a competitive Karl Aston XI and romp to a second 10 wicket victory of the season.

For once the Bedouins had little trouble in getting a full side together. The only late match day trauma was captain of vice, George, ruining his back in a six-a-side match earlier in the day. Every cloud has a silver lining and Bedouins super sub Hall stepped in at late notice.

The KA XI won the toss and elected to bat. They signalled their intentions by attacking from the off but wickets soon began to tumble.  Spratters, returning to the side after a long layoff with injury took a wicket in his first over, with Hill A. taking a well-judged catch in the deep, but  taking a nasty blow to his drinking hand in the process. Bywater got in on the act in his second over with, this time, Gregory taking the catch. Kureshi was the main threat for KA XI and he went on to retire on 30.

The whole of the Bedouins bowling attack performed well. Saxon came on first change and took a wicket with his first ball (good bowling change skip) another confident catch by Hill J behind the stumps. Saxon finished with 1 for 13 from 3 overs. Meanwhile at the other end Currie bowled very tidily and in his third over suddenly found himself on a hat-trick. His first wicket was a neat catch from Hall and the second was clean bowled. His hat-trick bowl went for four runs and he finished with 2 for 19 from 3 overs.

Gregory chipped in with 1 for 19 from 3 overs with Hall again taking the catch. Pearson saw his first ball despatched to the boundary for four but then took three wickets in 6 balls. Even the skipper managed to hang on to a catch. Pearson finished with 3 for 20 from 3 overs.

With Kureshi coming back to the crease the skipper turned back to his opening bowlers although Spratters never got a chance for another over as, with his ball, Bywater dismissed the dangerous batsman with a pearler, removing his off stump. KA XI finished on 96 in the 17th over.

Bedouins, in reply couldn’t have asked for a better start. Hill A’s finger stopped him opening with Branch as usual so Hall filled in and did the job well  – not taking long to retire on 30. The Bedouins continued a steady run chase with Branch joined by the skip. Branch also retired on 30 not out and it was Hill J who came in at the end to hit the winning runs in the 18th over. He finished 8 not out and the skip 20 not out.

So another 10 wicket win but it by no means a walkover. KA XI were a good competitive side but they were unlucky enough to meet the Beds on one of their better days.

A word to Karl Aston, who has previously played several games for the Bedouins and, for his sins, went to school with the skipper (there’s a few stories there). Don’t give the game up mate, you’ve got too much to offer still. Come and have a regular game for the Bedouins.