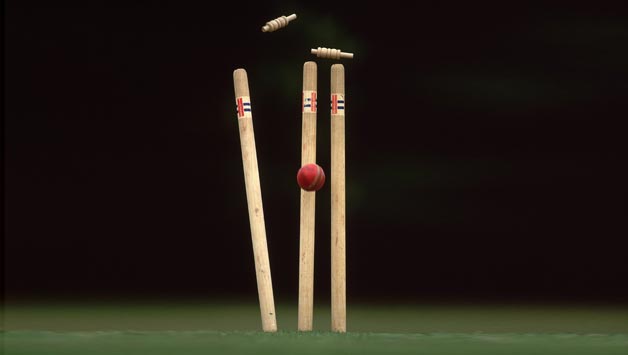 Bedouins came down to earth with a bump in their second game of the season, losing by 18 runs to the Chancers.

The visitors batted first and, with a solid batting performance, maintained a good scoring rate to finish on 117 for 3.  Pick of the Beds bowlers were Spratters (1 for 16), Paul Moran (1 for 10) and Josh Lemm (1 for 18).

In the Beds reply, Andy Hill and Neil Smith were both out early, followed by Adrian Susman.  So it was left to Lee Bywater and Paul Lippitt to get the innings going.  But both had to retire on 30, and the next few batsmen could not quite keep the run rate high enough to challenge the Chancers total.

The Beds kicked off their 2014 season with a new fixture against Pedmore Over 40s and enjoyed a thrilling finish with a two-wicket win on the last ball of the match.

Pedmore batted first and found Spratters in accurate bowling mode, his three overs costing just 4 runs and including 2 wickets.  Josh Lemm marked his arrival on the Bedouins scene with three accurate overs for 15 runs, and there were good bowling performances, too, from Adrian Susman (2 for 14), Malcolm McConnell (1 for 16) and Lee Bywater (1 for 12).

Pedmore’s closing score was 96 for 6, which looked pretty challenging as the Beds lost their first two wickets with no runs on the board.  However, Adrian Susman and skipper Lee Bywater both reached the 30 retirement point to calm things down a bit.  Both returned later, but Bywater was soon dismissed without adding any runs to his total, leaving Susman to join Josh Lemm (8 not out) and hit the winning run off the last ball of the 20th over.

All together a good opening performance and a reminder of the joys of playing Bedouins cricket.