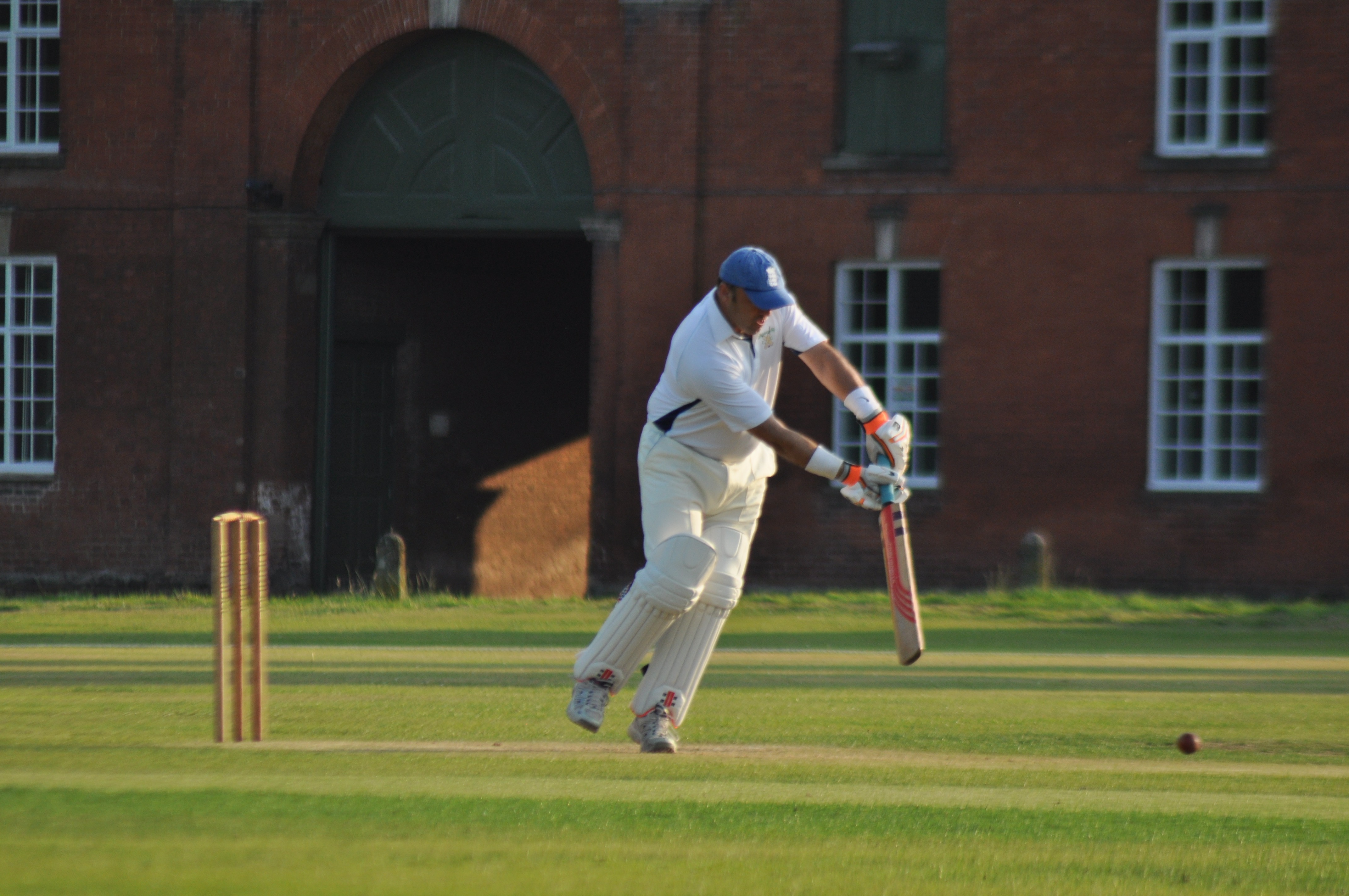 The Bedouins continued with their losing streak as they went down to an unexpectedly narrow 19-run defeat by an accomplished Beacon XI.  The opposition put out a team of actual cricketers against the home side, which seemed a trifle unfair, but all was conducted in a generally jovial Bedouin atmosphere.

The early signs were not promising, as Beacon cruised to 35 without loss in just three overs.  But the Beds managed to slow them down a bit, restricting them to just 26 runs in the next seven overs.  Two batsmen reached the 30 retirement point, and some later hard hitting produced an impressive 20-over total of 131 for 6.

Five of the Beds bowlers took one wicket apiece – Bywater, Susman, Gregory, Lippitt and Branch – and a couple of stumpings by John Howells saw the years roll away.

At 5 for 2, the Bedouins’ score after three overs hardly matched up to the Beacon three-over total!    Fortunately the home team’s guest player for the evening, Alex Rowbottom (another of Austin’s army of mates) proved a more than useful addition.  He reached 30, including four fours and a six, but had to retire all too soon.  Neil Smith and Austin Gregory both made 13, but the star of the late late show was Tony Hancock with a hard-hit 23 that included one six and an extra-cover drive for four that fairly fizzed to the boundary.

When Hancock was bowled, Alex Rowbottom returned to the wicket but scarcely had he got started again than his partner was run out at the other end, leaving the Bedouins just 19 runs short at 112 for 9.

Unfortunately the Bedouins injury list continues to lengthen.  Ross Morgan couldn’t bat, still suffering from the bruise caused by his acrobatic c&b in the game the previous Sunday, where his dive had measured 6.4 on the Richter scale.  And Spratters was gone in the fetlock, but still managed to turn up for the evening to give the team some support – nice one.

Where’s that first win of the season coming from?  Well, the Beds’ next game is on July 1st against Open GI, so our good friend Des Johnston and his “lads” had better watch out! 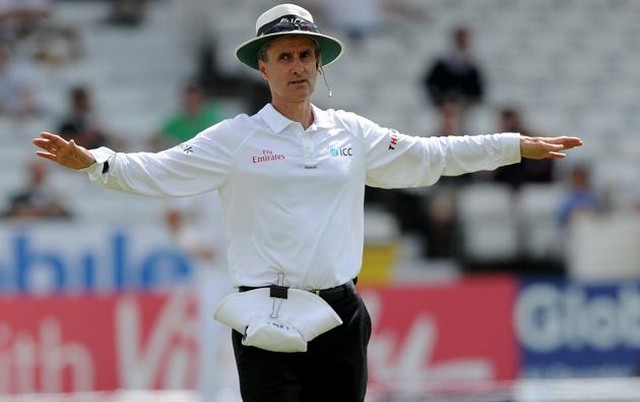 The Bedouins welcomed Fossils CC to Enville for the first time, on a reasonably fine Sunday afternoon – a welcome change from the Armageddon-style rain of the previous day that had washed out all cricket throughout the UK.  And before anything else, let’s get the final few minutes out of the way.  They are worth recording in detail:-

Final over arrives with Fossils needing three runs to win, with two wickets in hand (Adrian Susman bowling from the pavilion end)

4th ball – number 11 hits through close-set field, takes two runs and tumbles over turning for the third to win the game.  Beds do the decent thing and help him to his feet instead of running him out

So, a win for the Fossils by one wicket with one ball to spare, after chasing a fairly moderate Bedouins target of 130 off 35 overs to win.

But that tells only part of the story.  The Fossils scored just 92 runs in total in their 35 overs.  The remaining 38 came from extras and included no less than 28 wides.  Clearly the Bedouins have not yet got used to bowling at three stumps rather than a couple of beer crates.

Having agreed a 35-over format with the opposition skipper, the Beds batted first and got away to what is becoming their customary fairly slow start, producing only 21 runs in the first eight overs for the loss of two wickets.  They included the skipper who scarcely had time to recover from the shock of running a “two” from the fourth ball of the first over before playing on for 10.

Adrian Susman and Lee Bywater got things moving a bit, but the latter managed to sort out deep mid-on nicely to be caught after hitting two boundaries.  That brought Pankaj Mishra to the wicket, and some urgency was brought to the innings.  He and Ade put on 45, before Pankaj was bowled for 31.  Susman then took control and eased his way towards the 50 retirement point.  But someone hadn’t told him that getting there would not necessarily result in having to buy drinks all round, and he went for a big yahoo, only to be bowled for 49.

With a beefy 13 not out from Ross Morgan, the Beds managed to get the score up to 129 for 7 at the close.

The cunning plan to cripple the Fossils with delicious cakes during the interval was only partially successful, with four of the first five batsmen getting to double figures.  Lee Bywater got rid of their capable opening batsman for 16, Tony Hancock discovering that the secret of a good catch is to take the ball in the hands and not, as the previous time, with his chin.  Adrian Susman completed a good day by taking 3 for 17 in his seven overs, and the Welsh wizard, Gareth Callow (he of the Strictly Come Dancing run-up) reeled off seven superb overs taking 3 for 15.

But it was those damned wides that really did for the Beds this time, and the result was the thrilling, but ultimately fruitless, finish described above. 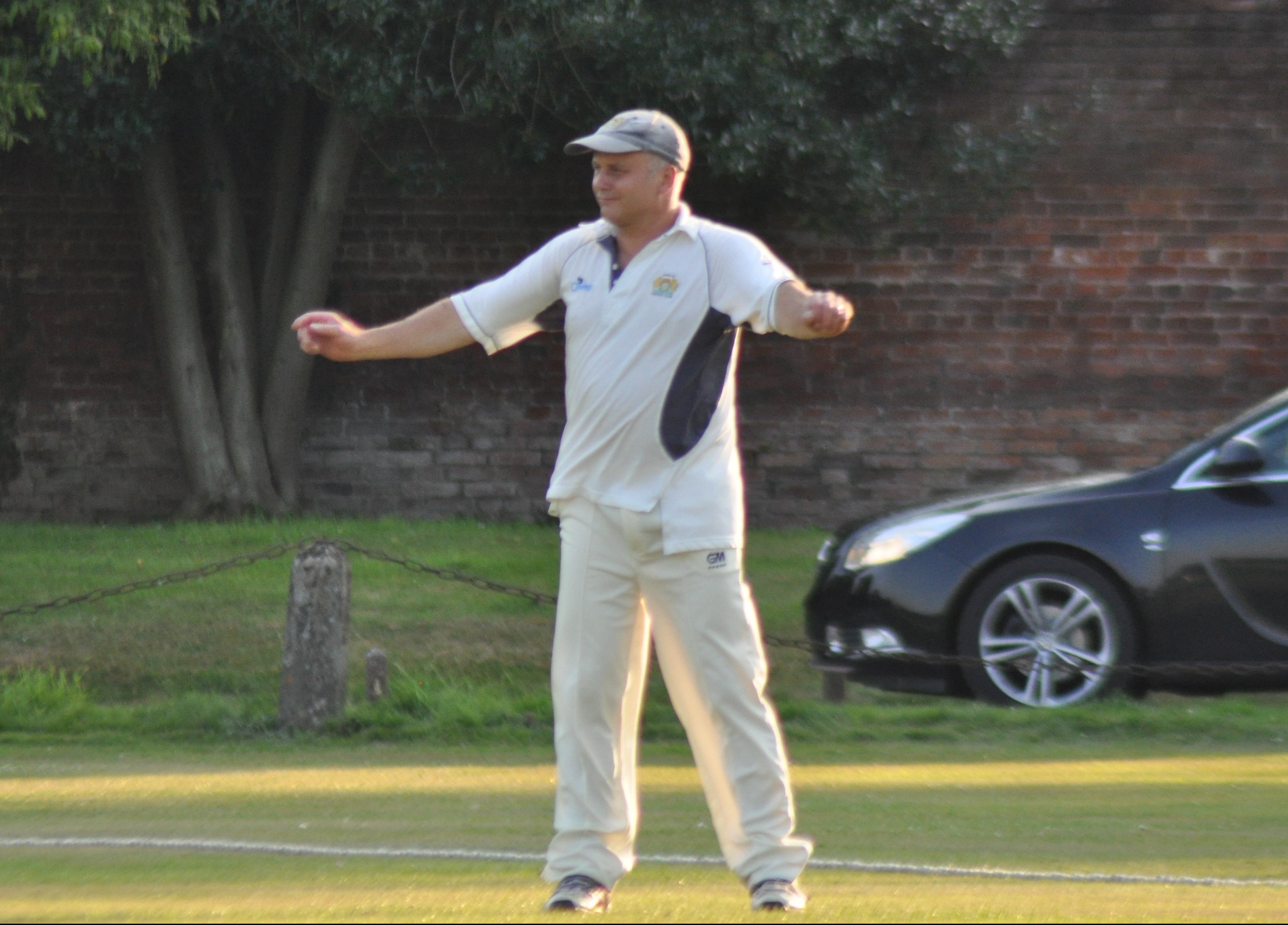 The Bedouins made a welcome return to active service – or at least what passed for “active” – with an ultimately close encounter with the Chancers, the home side losing by a couple of wickets with an over or two to go.

With fewer players having arrived by 6.30, the Bedouins agreed with the Chancers that the home team should bat first, to get the game under way.  That gave the visitors first use of the new ball, and they had the bowlers to take advantage of that, tying down the experienced Bedouins opening pair of John Branch and Jon Stanier, to the extent that the ten-over total of runs was no more than 20.

With JB out for 16, a clatter of wickets brought Lee Bywater and Neil Smith to the crease, and these two accelerated the scoring rate, enabling the Beds to post a final total of 90 for 4, with Bywater 27 not out and Smith 15 not out.

The opposition made a more determined start to their reply, with the top three batsmen all reaching double figures.  Then five wickets fell in the seventies, as that man Bywater weighed in with 3 for 20 and Stanier included two maiden overs in his 3 for 11.

But the home side’s slow batting start, added to the rash of dropped catches and a couple of Bedouin bowlers finding that they had, after all, got muscles that it was possible to pull, proved too much of a handicap as the Chancers reached a winning 91 for 8 at the end of the 18th over.

However, the good news was that, for much of the evening, the sun shone.  Plus there was a generous helping of good humour.  Plus Mrs Skipper did a first=class job as stand-in caterer, as the usual incumbent relaxed in the Spanish sunshine.