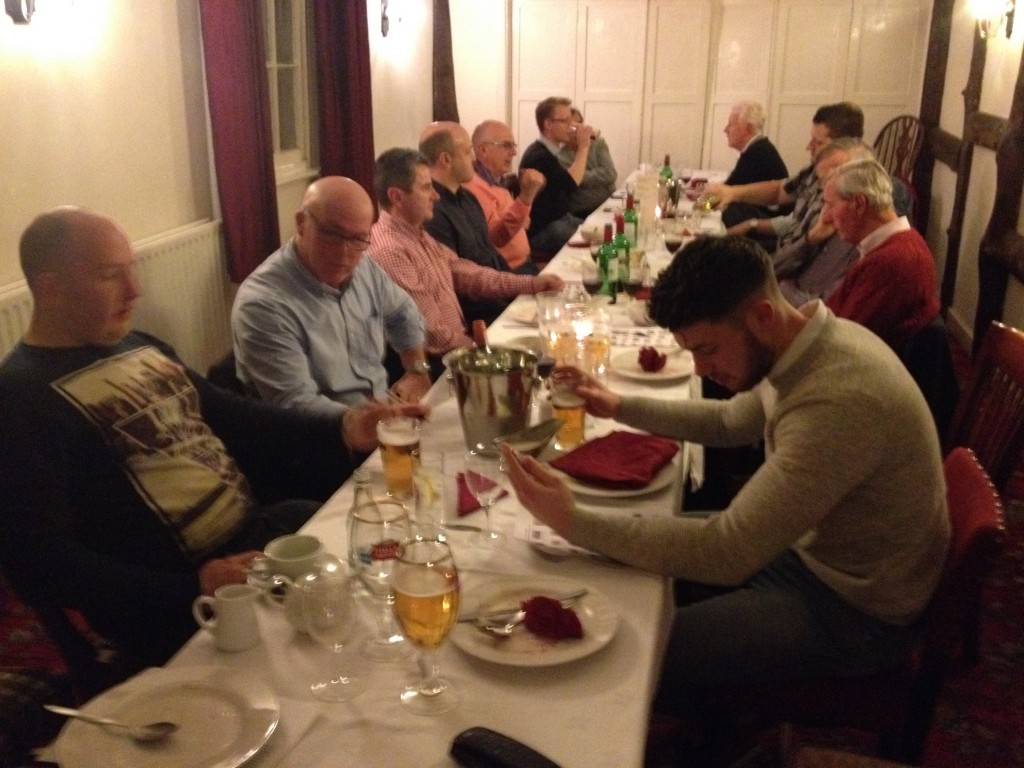 Bedouins held their Duck Supper on Friday 27th November at The Cat, Enville and as usual it was a very jolly affair, although not without a hint of controversy. The quiz, provided for entertainment between courses, proved popular and was won by Andy and Jonathan Hill, although there was a Stewards Enquiry as the ladies table also took part unofficially and scored more than anybody else. It was the Hill’s that scooped the prizes though. 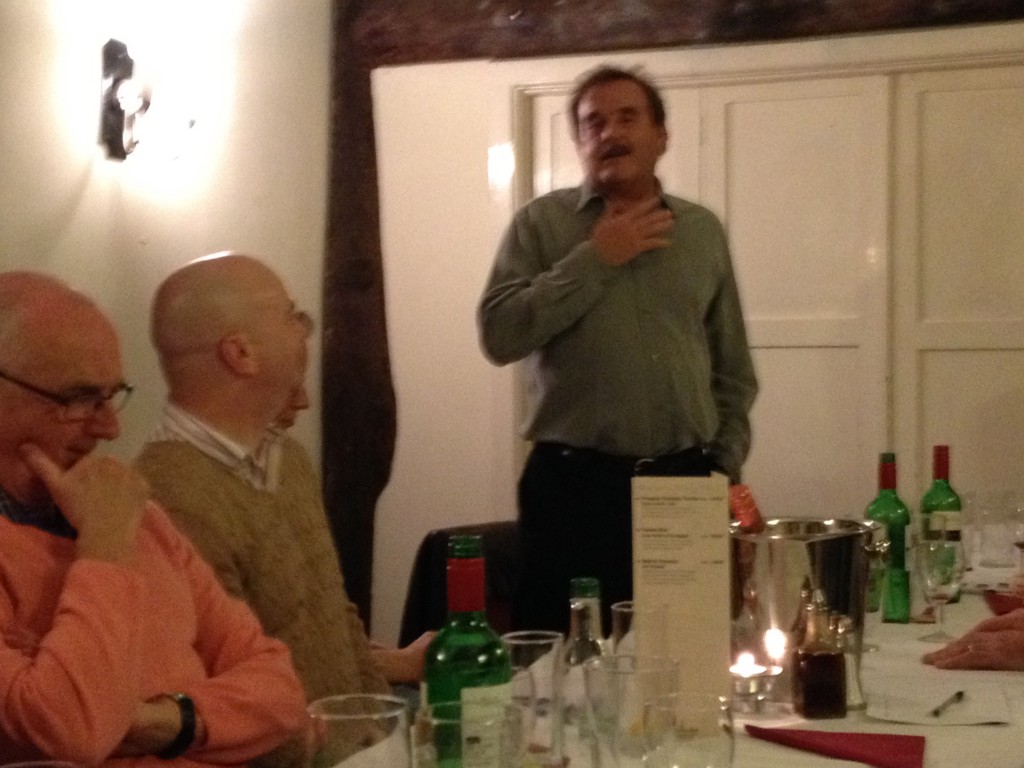 The food was excellent and afterwards there were the traditional seasons reports from Mr Chairman, The Skipper and Mr Treasurer. The Skipper’s report was somewhat unorthodox and ended up being more like a group discussion in an old people’s home with all players around the table being invited to discuss their current ailments. It was a kind of group therapy for old knackered cricketers. I think that we established that, come next season, we may only have one or two totally fit players. 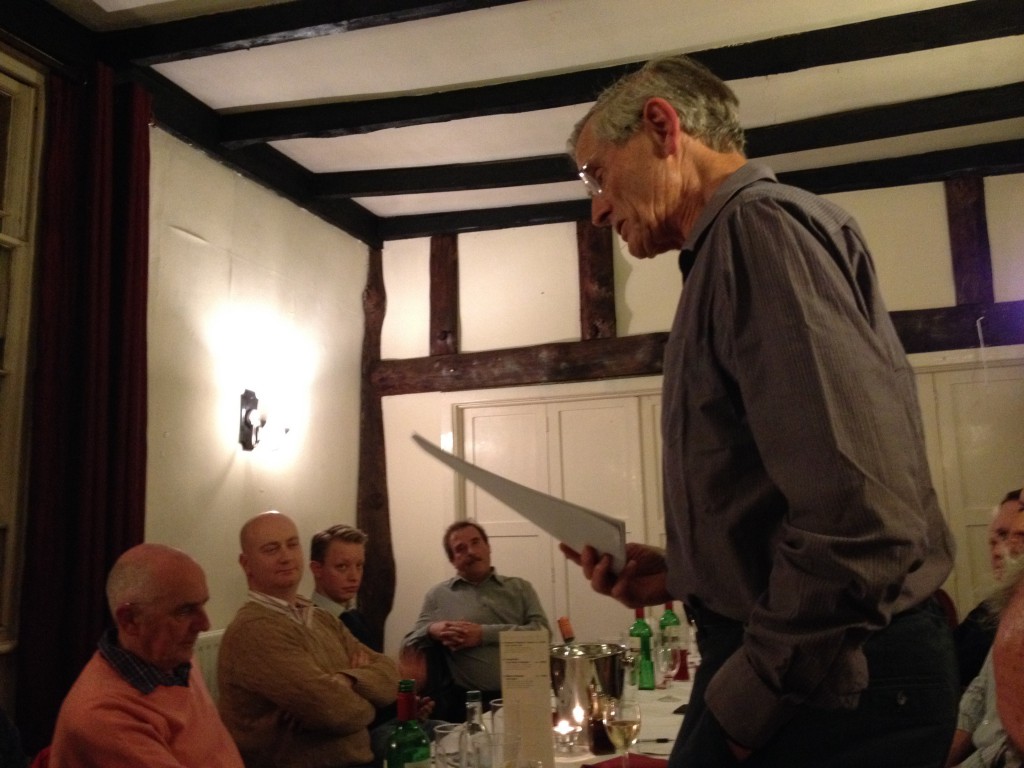 Mr Chairman gives his report on the season

Mr Chairman reported that the club may well have a few extra fixtures next season, which is good news and he gave us a few of highlights from last seasons performances. He then presented the prizes for the winner of the bowling and batting averages for the season which this year turned out to be one and the same. Jon Stanier, our very own TV celebrity from Homes Under the Hammer was head and shoulders above everyone else in the averages (view the averages here), showing his pedigree from years gone by. He’s rumoured to be heading for the jungle next year to appear in “I’m a Celebrity, Get Me Out of Here!”

The final presentation of the night was for Bedouin of the Year which was won by the clever dick below. The trophy, for those that don’t know, was the idea of Bedouins legend John Warner who wanted something suitable to commemorate his late mother and recognises not necessarily, the best player over the season, but someone who epitomises the Bedouin spirit. And believe me, this Bedouin was full of spirit come the end of the night. 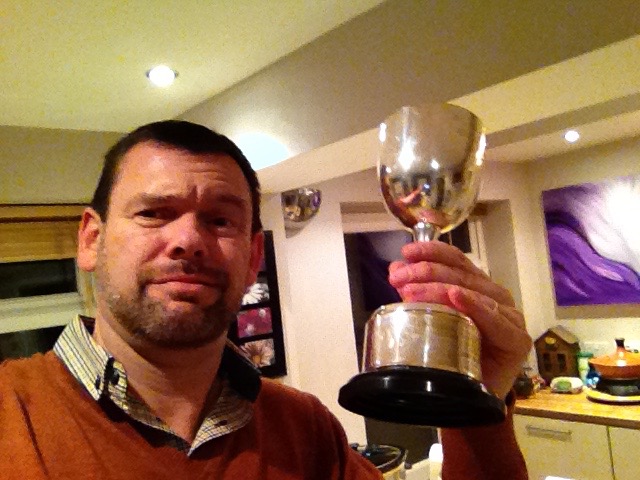 More photos from the evening are available here. 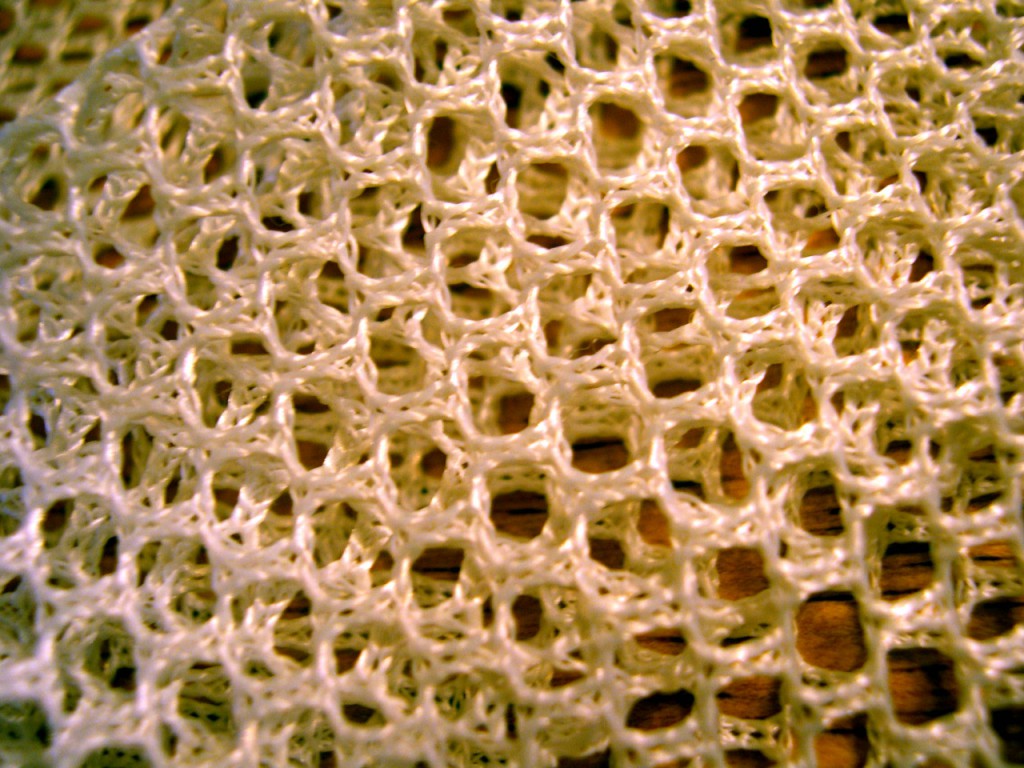 We have now had confirmation that winter nets will be held at Kind Edward VI college, Stourbridge and will commence on Thursday 11th February 2016 and will run through to 21st April. We will miss two weeks for half-term and Easter so will have 8 sessions for squad members to sharpen up for the next season. All sessions will be 7.00pm – 8.00pm. Charge £5.00 a session.

We had a good turnout this year so let’s try and replicate that next year, or even better it.

Thanks to Mike George for organising this again.

Here are the minutes from our 2015 AGM, lovingly put together by our sexy secretary Lee.

BS opened the meeting thanking everyone for attending. BS could not recall a better attended Bedouins AGM.

BS confirmed that there were potentially seven Sunday fixtures available to the club for next year.

PL, NS, RS and AG all raised concerns about that number due to their own club commitments.

BS, in agreement with those in attendance, suggested that Sunday fixtures we will look to play are as follows:

JS suggested a home and away fixture against Oldswinford. All in attendance agreed that this would be a welcome addition to the fixtures list. BS will look into this once Enville’s pitch availability is confirmed.

BS suggested that Pedmore Over 40’s will be reviewed if contact is received from their representative. All agreed.

BS confirmed that Bedouins would like to continue to play a team from Enville. Due to Enville having a shortage of ‘Over 40’s’ players, it was agreed that Enville should simply field a suitable team of their choice.

A copy of the Treasurer’s report was distributed. Club funds are currently healthy showing a surplus for the year of £224.54. Total balance at present is £2573.91

TH confirmed that subscriptions and match fees were up on previous years and that the nets sessions finished in profit.

This year there was a small fee for maintaining the club website. All in attendance agreed that this was well worth it considering the fantastic site that AS produces.

TH also requested that the provider of the Bedouins banking be changed. This would be to enable internet banking. LB suggested that if it made the treasurer’s job easier then he should have the support of the members. All agreed. TH/AS to arrange.

The Treasurer’s report will also be available at the Duck Supper.

BS suggested that, as the club was financially healthy, senior subscriptions should be maintained at the current rate of £40 per year. All in attendance agreed.

MG gave notice of his resignation as Vice Captain prior to the meeting. MG stated that this was due to ongoing injury issues and that he did not think it was fair to others for him to continue in office. BS thanked MG for his years of valued service. All in attendance echoed BS’s thanks and wished MG a speedy recovery in order that he may continue his playing career.

BS requested a volunteer to stand for Vice Captain.

LB stated that he would be happy to stand if the Club would have him. MG seconded and all others in attendance agreed. LB is new Vice Captain.

All other current Officers happy to continue in their roles.

BS confirmed that the annual Duck Supper would take place on 27th November 2015, meeting at 1915hrs ready to sit at 2000hrs.

LB requested that all remaining Bedouins who had not already forwarded their menu choices and cheques should do so as soon as possible.

LB also requested clarification of the number of ladies attending the supper. LB will book a table for six.

LB also confirmed that after a slow start numbers for the Duck Supper are looking good this year but that final numbers and menus must be received soon. LB stated that he would forward a reminder e-mail with the date the choices need to be in by.

BS wished to clarify the arrangements for the ladies table. It was agreed by all that the highly valued ‘tea ladies’ would have their meals paid for by the club to say thank you for their hard work. The Club will request that any other lady ‘guests’ will be requested to pay for their meal. BS will send out an e-mail for clarity prior to the evening.

BS asked if the club would like to continue with nets. All agreed that they should continue.

BS requested an update from MG in regards to the nets sessions.

MG stated that if the membership was happy he would contact King Edwards to check availability and try to book the same time slot as last year. All agreed

The next Bedouins AGM will be held on Tuesday 1st November 2016.

AS suggested that, due to the number of new members in recent years, the club look to ordering a new stock of club shirts and also consider club caps.

JB asked AS what cap options were available as some may not wish to wear the ‘baseball’ style caps. AS stated that he would send out some information to the members and see which is most popular. The suggested charge would be £10 for a cap, although this may increase depending on the type of cap.

Shirts would be around £15.

BS suggested that a defibrillator would be a welcome piece of equipment at the Enville ground. BS stated that in all likelihood it may never be used, but that in the event it was needed that it could be invaluable to someone’s life. BS stated that he thought it appropriate that the Bedouins approach Enville with regards to this and to offer some form of contribution.

All in attendance agreed that this was something worthwhile to pursue. BS will email David Thomas.

RS questioned the membership on the subject of cricket balls and their visibility. RS suggested it may be a good idea to try the pink high visibility cricket balls. The benefits of these balls were discussed at the meeting; all were in agreement that two balls should be purchased to test in low light matches.

JB will continue to supply the cricket balls via Enville.

BS requested suggestions for 2016’s social night as he felt the dog racing evening was not now as well attended as in previous years.

Several options were discussed by the membership.

JB and MG suggested a skittles night. JB stated that this could be held at Enville as they had a skittle alley available for use.

NS stated that it may also be a good idea to make it a ‘Skittles and Curry’ night. NS recommended a local supplier for the curry and was happy to investigate this.

JB stated that he would check the club’s availability.

No other business raised, BS closed the meeting at 21.35hrs. 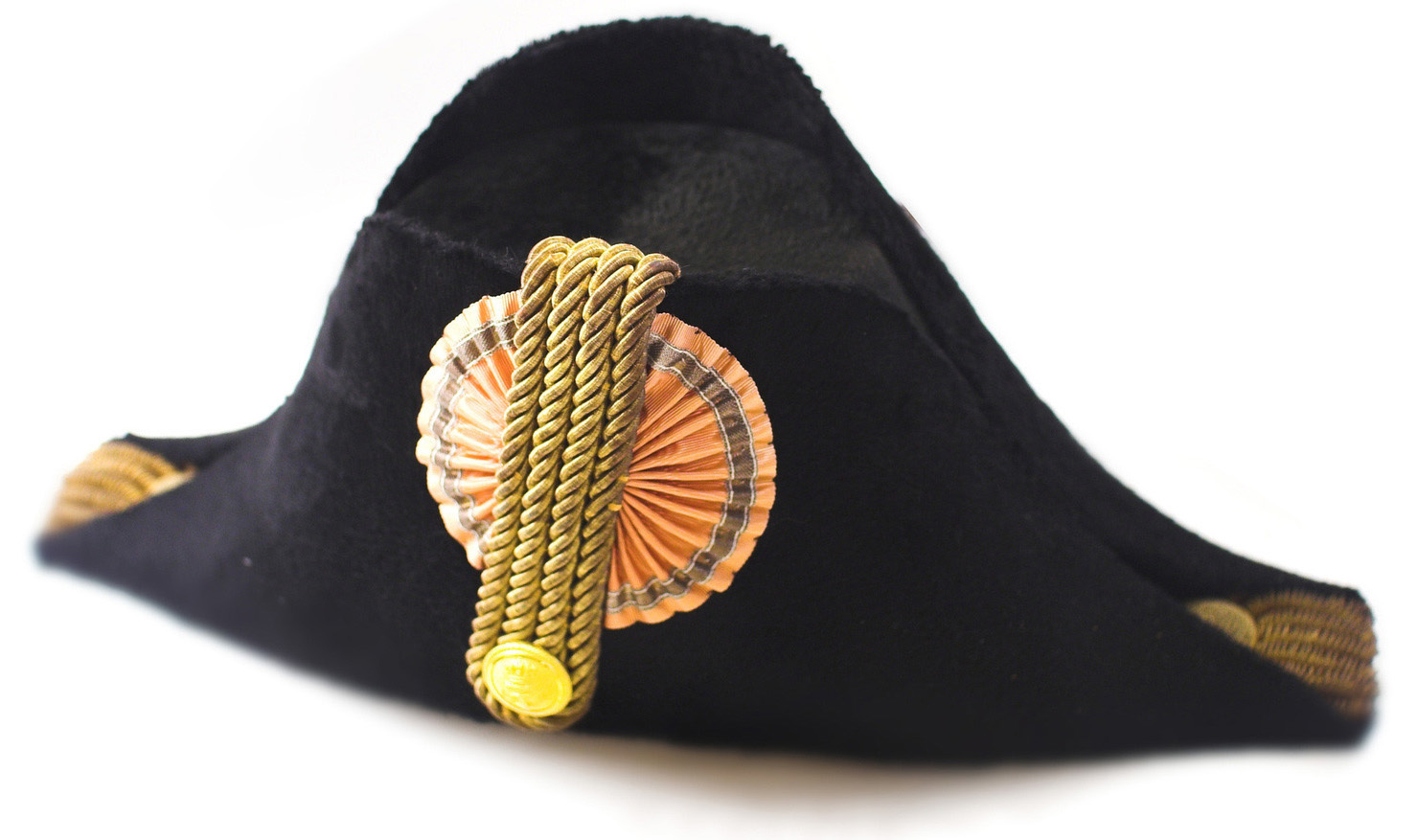 One suggestion put forward at the AGM was that we should have new team hats. The question is, do we have Baseball Caps or Baggy Caps. The fairest thing seems to be to put it to the vote.

Take a look at the links to see which style you would prefer. 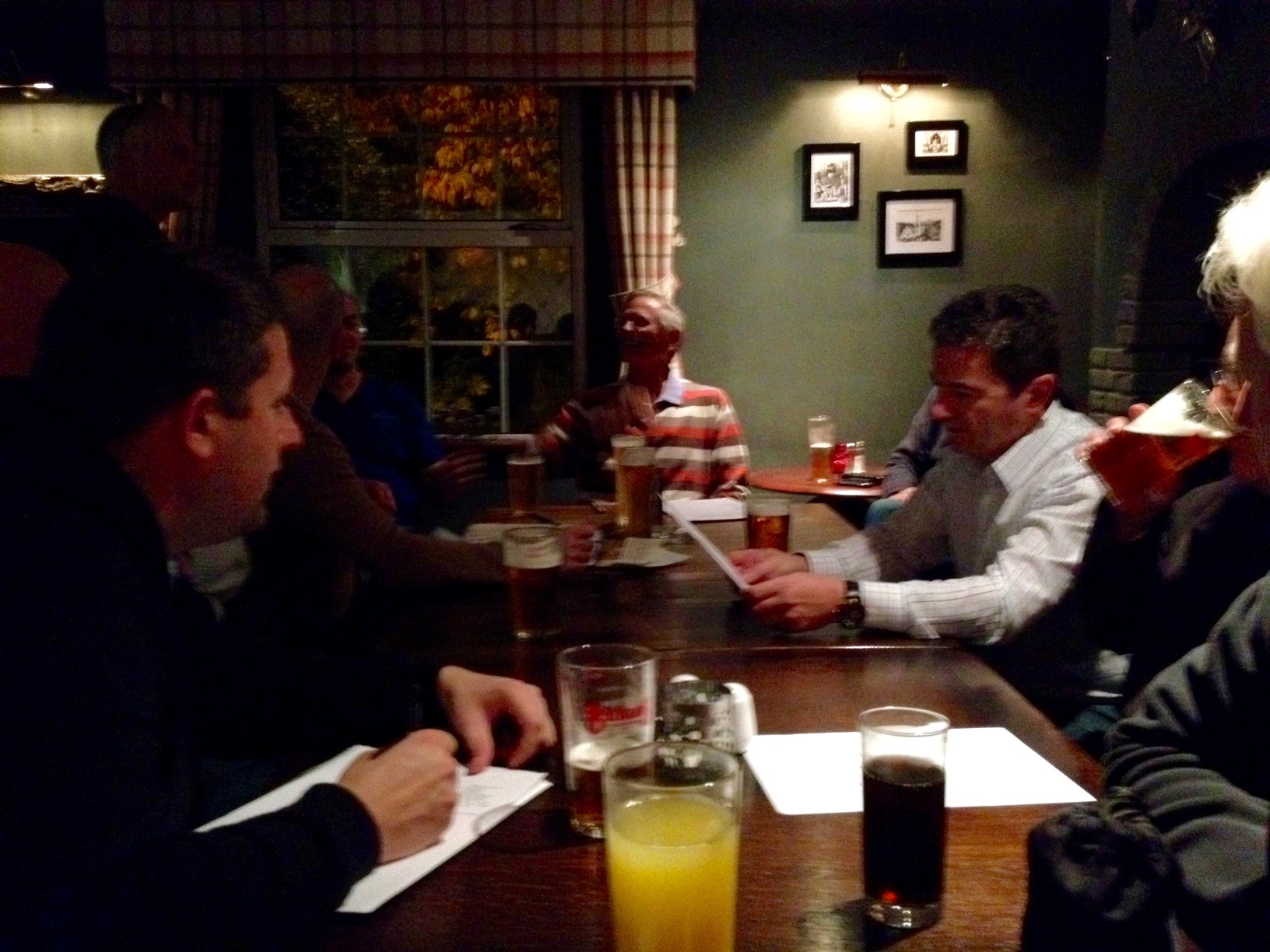 Last night, in a darkened back room at the Fox Inn, Stourton, Bedouins CC had their AGM for 2015. It was thought to be a record turnout and there was much discussion about fixtures, finances, officers, and even hats, skittles and defibrillators.

There will be no change to the subscriptions and match fees for next season, the club is in a healthy state financially. The only change to officers is that Lee will take over from Georgie as Captain of Vice. All other officers remain the same.

Fixtures will be dealt with by Mr Chairman but it looks like there may be an additional Sunday game or two and pleased to report that we will still be making the trip north to Halifax next season.

There was late drama as recently married ex Captain of Vice, Mike George, succumbed to a nasty bout of cramp. Nasty for him, hilarious for the rest of the congregation. As Andy Hill pointed out, it must be the first time that any of our team has been injured in an AGM. 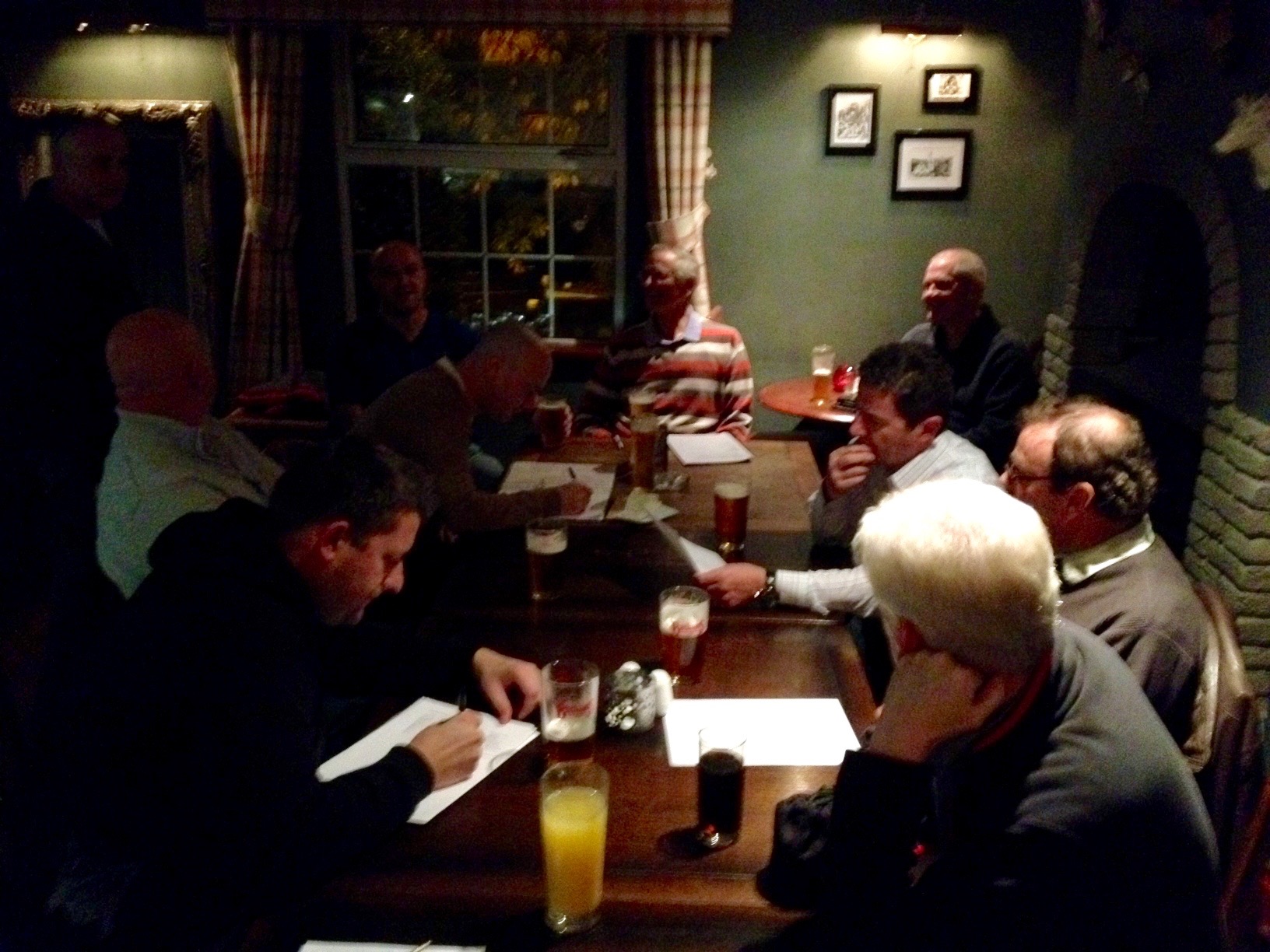